By admin Posted on October 1, 2019 in Cryptocurrency 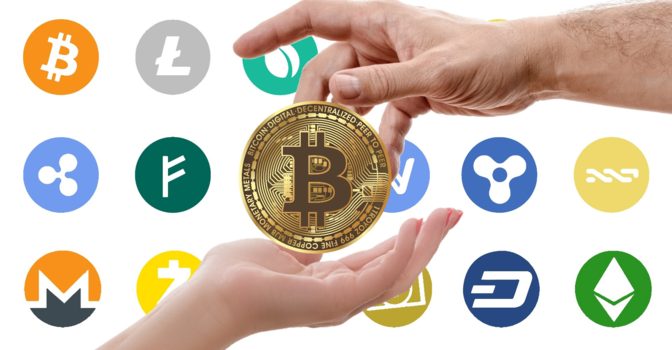 Things are certainly not looking up for the cryptocurrency market right now. Bitcoin, one of the biggest names in the digital currency market, just took a huge hit that had it shed one-fifth of its previous value.

As of September 29th, the value of Bitcoin in US dollars is pegged at $8,000. Aside from that, experts are of the impression that the value could still go down to $6,000 in the coming months or, possibly, even days.

What caused the price drop? And what does it mean for those that have put in their cash into Bitcoin, and perhaps other digital currencies as well?

The Dismal Performance of Bakkt

For slightly above a decade, trading in cryptocurrencies has enjoyed free flowing status. Eschewing the use of a regulatory body, transactions in Bitcoin and other e-currencies were facilitated mainly through the use of peer-to-peer networks.

To recap, transactions are carried out through this specific procedure:

The lack of a regulatory body has made it difficult for cautious investors who are otherwise interested in investing in crypto to introduce institutional cash flow. There was no entity qualified enough to act as custodian for investor money, that is, until Bakkt was introduced.

Bakkt built up enough hype for itself with its warehousing solution, which would allow investors to purchase futures contracts in Bitcoin, instead of dollar or any other physical currency, in general. Also, with the platform, investors can receive for the first time an actual Bitcoin as a payout when the contracts mature.

Bakkt launched itself into existence last week, to dismal results. According to CryptoPotato.com, less than 200 contracts were purchased by investors using the platform in the first week of its existence.

The website remains positive for the future of Bakkt. Despite the disappointing first week, Crypto Potato believes that

However, other bodies are not as confident and are in fact, blaming Bakkt for the drop in Bitcoin’s value.

U.Today reports that experts at JP Morgan, one of the biggest financial institutions of today, are of the impression that Bakkt played a significant role in bringing down Bitcoin’s value.

However, JP Morgan’s analysts peg the listing of physical futures dealing in Bitcoin as the reason for the slump, and not Bakkt’s underperformance itself. The experts believe that existing owners of physical Bitcoin holdings, wary of the possible performance of the contracts, have decided to hedge themselves against losses by selling their portfolio wholesale.

What Does the Future Hold for cryptocurrencies?

It is a fact that much of the trading for digital currencies is based on speculation. When there’s a significant movement in the market, bearish investors tend to sell off their holdings and cash in. Unless somebody introduces an institutional body that can regulate or at least stabilize the trading for these currencies, trading will continue to be speculative and, thus, the market remains volatile.

Do you want to do business in Thailand? Contact us.

Funding Your New Business in Thailand

Advantages of Getting a Business Credit Card