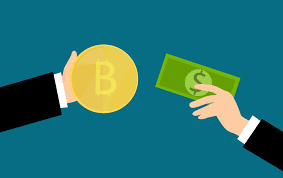 Cryptocurrency Investment are rapidly becoming popular. Bitcoin, for instance, started off with a very low value of less than a dollar in 2010. In just 7 years, its value skyrocketed steadily year by year until it achieved $6,300 as of October 2018.

Bitcoin’s value peaked in December 2017, when it reached $19,783. It has since declined in value, but that’s a far cry from the flat dollar value it had in the period between February and April 2011.

There are various reasons behind its stellar rise in growth in value, and why investors loved it. One, the currency is deregulated, which means that there are central banks that could put a floor or ceiling on its value.

Second, because of its decentralized nature, the transactions are done independently through a peer-to-peer network. All transactions are ledgered in the blockchain, bits and pieces of which hosted on individual computers that earn a certain amount of the currency as a “fee.”

Some investors even consider the arrival of bitcoin and other cryptocurrencies as the heralding of a “utopia,” one where banks and other middleman institutions cannot have any influence or control over the money at all!

Let’s take a look at the other side of the coin – the dangers or risks that ever educator should learn about before putting money into the digital currency as laid out by Forbes.

According to the publication, the technology utilized in Bitcoins allow for easy buys, but slightly narrow roads for sells.

It’s easy for people to put in money that will be converted to cryptocurrency, but utilizing exchanges could put a strain on the system. There are only as many peers available in the blockchain that, in the advent of a bearish outlook on the landscape, some investors could be left behind by others when a “Sell” attitude is undertaken by the entire market.

In other words, the overly direct nature of cryptocurrency transactions could result to a bottleneck caused by limited processing power that is accessible by the peer network.

The decentralized processing of transactions can also mean that investors are not provided protection against unscrupulous activities like fraud. Simply put, once the transaction goes through, there’s nothing available to reverse or dispute the payment that was added to the blockchain.

There are various “crypto-scams” online, and the U.S. Securities and Exchange Commission even launched a fake initial coin offering for HoweyCoins in an attempt to demonstrate to investors what is too good to be true when it comes to cryptocurrencies.

Overall, cryptocurrencies are not the problem. There is a long-term mindset undertaken when these digital coins were designed and minted. However, it is still a growing financial industry on its own and is prone to threats and risks.

In the end, it’s up to every individual investor to decide whether or not to invest in bitcoin or its competitor cryptocurrencies. What they can do to protect themselves is to diversify and learn as much as they could about their investment.

The Top 5-Star Hotels in Bangkok

Advantages of Having a Personal Assistant