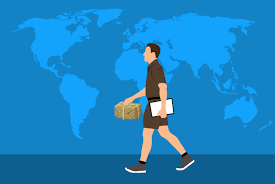 Free trade, while it does mean losses in income that is derived by the government from product tariffs, can actually foster economic growth in the long run.

For instance, one of the immediate effects of free trade is the lowering, or elimination in some cases, of tariff duties. As previously discussed, this means that there will be little to no tax imposed on certain goods that need to be imported from outside – tax that the importer will eventually recoup by passing it on to the end consumer.

Of course, it’s also true that the lowering of tariffs means reduced revenues that the government directly earns from imports. However, the lower prices that result from such an action can also mean more spending power for the consumer.

When consumers spend more, they are also paying for value-added taxes. In addition, with more disposable income, some consumers are also able to save up and make investments that eventually, in the long run, contribute to economic growth.

While there are various industries in one single country, each country eventually becomes a specialist at one specific industry. This becomes the country’s main selling point, and will create a factor that can have a significant impact on the economy.

With the reduction or elimination of traditional barriers to free trade, one nation can freely trade in specialized goods with its partner nations at lower cost. Paired with the inevitable demand for these goods, a country can see improvements in its economic status brought about by the flow of goods between itself and its partner countries.

Again, it is the end consumer that benefits from this. In traditional trading, whether imports are slapped with high tariffs, consumers have to spend more to get access to high quality goods. Free trade, however, allows manufacturers to offer high quality goods at lower prices, because there’s a smaller amount of capital needed for one single item.

Free Trade is a Work in Progress

It will take a while before trade becomes truly free in this age of global trading, but you can rest assured that the ASEAN states are working hard to set a good example.

Among those states, Thailand is THE premier investment destination. This is because the Kingdom has inked several free trade deals with a number of countries, including the United States, Japan, Australia and its fellow ASEAN member states. In addition, the Kingdom has also invested heavily in the tourism industry.

Want to do business in Thailand and experience this free trade’s benifits? Contact us to help you.

Would A Unified Asian Currency Work for ASEAN?