By admin Posted on March 14, 2018 in Economy, News & Update, The Kingdom of Thailand 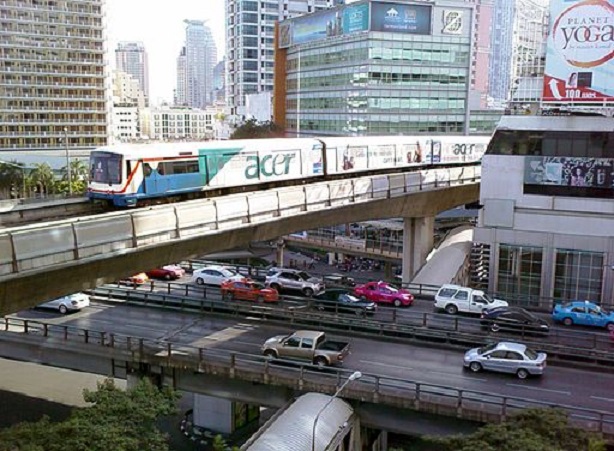 If you’re looking to invest in a country’s economy, you should look at its infrastructure. Are there are any projects upcoming? Are there any that are currently being worked on or are already finished?

Infrastructure are a great indicator of a country’s economic stature. The more infrastructure projects there are, the more capable a country is of improving its economy. With these projects, quality of life can potentially improve for the people who live and work in that nation as they usually target areas like transportation, among others.

So what are the current infrastructure projects being undertaken in Thailand?

The Pink Line is a 34.5-kilometer elevated mass transit system that is expected to open in 2022. The line is envisioned to start at Bangkok’s Nonthanburi Civic Center and end at Taling Chan – Suwinthawong. The total number of stations comprising the Pink Line is 30.

Originally intended to be a heavy rail line, the Pink Line’s designers opted to go for the dual-track monorail after considering the project costs. The consortium BSR Joint Venture is the contractor for the project, and has since begun construction in late November last year.

Similar to the Pink Line, the Yellow Line is also an elevated mass transit system planned to span Lat Phrao in Bangkok and head south until it ends at Samrong in Samut Prakhan province. It is a bit shorter than the Pink Line, as it consists only of 30 stations and will have a length of 30.4 kilometers or 18.9 miles.

There will also be only 23 stations along the line, but the route is planned to interchange with a number of other existing and planned rail lines. BTS Group Holdings, together with Sino-Thai Engineering and Construction and Ratchaburi General Electricity Generation Holding, is tasked with developing the system, which is expected to open also in 2022.

Projected to open in 2023, the Bangkon Rayong High Speed Rail is an ambitious yet economically important train project that aims to connect two airports together. These airports in question are the Don Mueang airport in Bangkok and the U-Tapao Airport in Rayong.

Unlike the Yellow and Pink Lines, the trains in this line can run at speeds of 250 kilometers per hour – three times that of the two monorail lines discussed above. This is necessary, as the entire line spans at distance of 193 kilometers.

What Successful Investors Always Do