By admin Posted on January 3, 2018 in News & Update, The Kingdom of Thailand 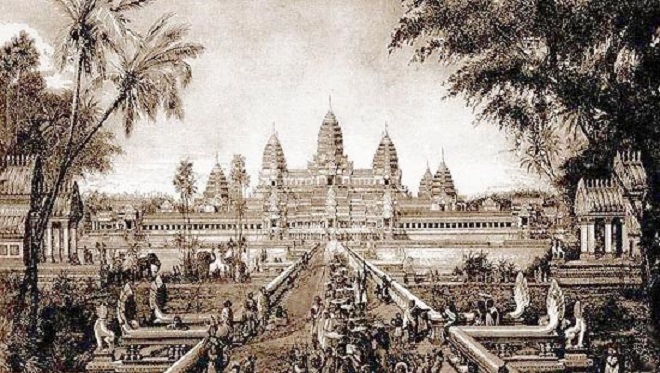 Every country has its own flavor and interesting facts to share to the world. The Kingdom of Thailand is no exception. Without further adieu, here are 10 interesting facts about Thailand’s history that every foreigner who have planned to or have already relocated to Thailand should know.

10. Two Sisters Once Fended Off a Burmese Invasion

In 1785, Burmese King Bodawpaya set his sights on Thailand with the intent of expanding. To do so, his powerful army had to take the island of Phuket first. Despite being militarily weak, Phuket was able to fend off the invasion which took place on March 13 of that year. The defense was led by two sisters, Than Phu Ying Chan, wife of the governor of Phuket, and Than Phu Ying Mook.

9. Thailand had a long history of city-states

For centuries, Thailand’s political landscape was dotted by various city-states. At one point of the country’s history, it was subject to the rule of the Khmer Kingdom. As the Khmer kingdom fell into decline, there arose powerful city-states that eventually unified and ruled Thailand in their respective periods. These kingdoms included the Ayutthaya, the Sukhothai and the Rattanakosin Kingdoms.

When King Rama I ascended to the throne after founding of the Chakri dynasty — from which the current King descended from — he immediately moved the capital to Bangkok. Formerly a small fort that just happened to be strategically located, King Rama I built up the city and has become the capital up until today.

7. Thailand experienced an influx of Chinese immigration only in the 18th century.

Chinese workers began relocating to Thailand beginning only in the 1760s, when King Taksin united the fragmented territories of the Ayutthaya Kingdom.

6. There are archaeological sites dating back to the Neolithic period found in Thailand.

Sites believed to have been inhabited by Neolithic age civilizations are found all over Thailand. These include the Spirit and Lang Kamnan Caves, and the sites of Wang Bhodi, Ban Chiang, Khok Phanom Di and Khao Rakian.

5. Thailand is the only Asian country not to be colonized by Europeans.

Thailand holds the distinction of being the only Asian country not to be colonized by European powers, or even by the Japanese. This is due to its strategic location – France and Britain had decided to not colonize the country in order for it to serve as a buffer states between their colonies, to avoid further conflict.

4. Phuket was once a resource area for tin.

Phuket had been attractive to foreigners for a wholly different reason. In the 17th century, Europeans flocked to what is now Thailand’s island paradise in order to train for tin. Back then, Europeans referred to Phuket as Jung Ceylon.

3. Thailand has learned its lessons from the 2004 Indian tsunami.

The 2004 Indian Ocean was truly damaging, not just for Thailand, but also for other countries in the nearby vicinity. Thailand has since rose from that tragedy, installing a system of tsunami warning buoys, which will detect and report signs of tsunami movement in the Indian Ocean, in December 2006.

2. Thailand was hit hard by the 1997 Asian financial crisis.

Thailand was hardest hit by the 1997 Asian financial crisis. However, with help from the International Monetary fund, Thailand recovered and was back on the track of economic growth by 2001.

1. Thailand is a founding member of ASEAN

The Kingdom was one of five countries that signed the Bangkok Declaration, which heralded the formation of the Association of Southeast Asian Nations. The other four countries are: the Philippines, Indonesia, Malaysia and Singapore.

10 Quick Facts About Investing in Thailand

5 Types of Internet Fraud to Watch Out For