Cryptocurrency – A General Look at this Phenomenon

Cryptocurrency – A General Look at this Phenomenon

By admin Posted on December 6, 2017 in Business, Investing, News & Update 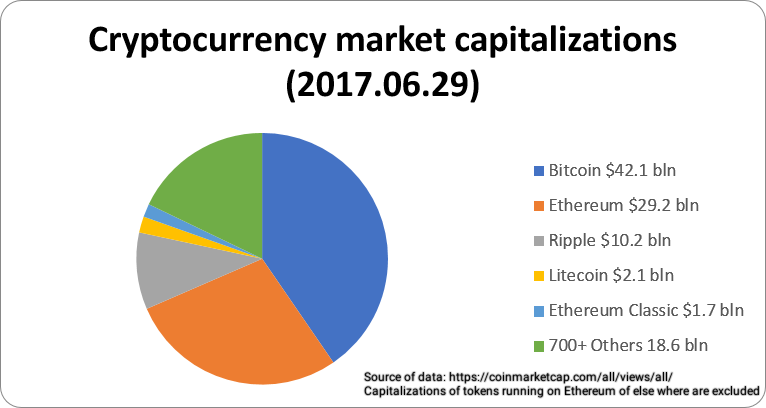 All investors, by now, are already aware about a new technology that is rapidly taking the financial landscape by storm. This new technology – actually an umbrella of similar but competing technologies – is called the cryptocurrency.

You could say that cryptocurrency is an improvement over the currently existing electronic forms of transaction. It is best described as a virtual currency that is traded entirely online, and without any form of manifestation that traditional currencies are currently required to have.

The reason this virtual currency is called as such is because systems that trade these use digital cryptographic keys to authenticate and secure every unit in the currency. Each token, as each unit is generally called, is secured by a set of seemingly random but unique set of numbers. This security feature helps greatly in preventing counterfeiting, which will otherwise trigger inflation and cause the rise in prices.

The one other beauty of cryptocurrency is its record-keeping. Every time a new transaction is initiated, the system creates a block of data that is then appended to the current block chain. These block chains contain all the data of transactions ever initiated, and replicated across all peers that are connected to the network. There’s always a backup in each computer that’s part of the network.

This is basically another implementation of the peer-to-peer (p2p) technology that enables people to download movies and other files online through torrents.

The main advantage and allure of cryptocurrencies are their anonymous nature. Each account does not have to be linked to an identity in the real world. In addition, cryptocurrencies are non-regulated and are not subject to a central authority. Because of that, one can freely transact and earn tokens without worrying about restrictions or regulations normally experienced when transacting with traditional currencies.

Anyone can use cryptocurrencies. It is a system that is basically “permissionless.” All one needs to do in order to earn tokens and participate in the system is to install the necessary software. When you do that, you become a peer and you can trade using the currency.

Because it is traded primarily online, cryptocurrency transactions are basically global and fast. You can initiate a transaction and you can expect it to be confirmed within a quarter hour.

Last but not the least, the security in cryptocurrencies is without equal. The cryptography involved is very foolproof, and is not prone to breaching, although there have been a few attempts at hacking.

Sadly, cryptocurrencies and their anonymous nature make them ideal for somewhat shady transactions. The lack of a central authority also makes it possible for entities who seek to launder money for their own untoward intentions, like funding terrorist organizations.

The efficient manner at which cryptocurrencies work is also its disadvantage, at least in the eyes of some investors. Once a transaction is confirmed, there is no way to dispute such transaction and gain your money back. If you’ve been scammed out of your tokens, you cannot hope to get it back.

As a businessman, cryptocurrencies present an alternate currency that you can use for your enterprises. We’ll discuss more about these currencies in future articles, so keep visiting!

Why Orders Are Sometimes Not Executed at the Quoted Price

Real Estate Trends to Look Out For in 2018