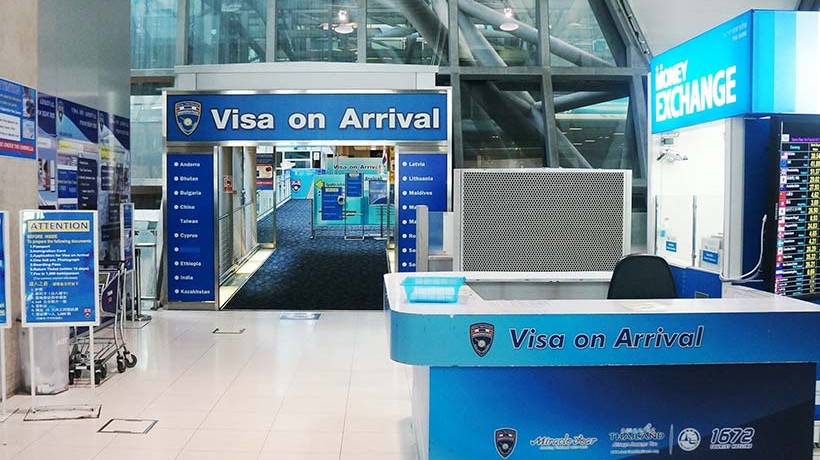 It has been widely reported that the immigration officials of Thailand have enacted stricter measures and harsher punishments for those illegal foreigners who have overstayed in the country. As the country combs through its expatriate communities to find those without the proper documentation for staying in the Kingdom, immigration officials have landed on a big catch.

This is because officials have found two Europeans that have been wanted by Interpol for nearly three years now. One, an Italian embezzler who organized a massive fraud with nearly THB50 billion of funds involved, was arrested in Ban Lamung in Chon Buri. The Italian had hidden in Thailand since 2013.

The other suspect is a Romanian con artist who organized credit card skimming schemes, and had been living in Thailand since 2013 as well. Apparently, he evaded being identified by simply entering and re-entering under the rules of the tourist visa all throughout that time. According to authorities, he entered and exited the country 18 times throughout his 3-year sojourn in the Kingdom.

As reported earlier, these two, along with hundreds of tourists that the Thai immigration agency has arrested for overstaying so far, will be deported back to their home nations and blacklisted so they can’t enter the Kingdom again for a significant period of time.

Once again, it is important to understand what the new laws are and what they were promulgated for. In a nutshell, the new rules in immigration in Thailand are designed to simply counter a growing problem in the Kingdom – the overstaying of aliens without the proper documentation indicating that they’ve gained permission to be in the country.

One of the triggers for the crackdown is the so-called “visa run.” Under this particular scheme, tourists simply exit the country – by air or rail to neighboring countries – and then return after a certain period of time to re-enter Thailand. This is done mostly to take advantage of Thailand’s relatively lax tourist visa rules: any foreigner can stay in Thailand posing as a tourist for 30 days, after which they can simply exit and re-enter like a tourist to gain another 30 days.

Unfortunately, this has been observed to have allowed foreigners to stay in Thailand for reasons other than tourism. Some people have actually stayed for years in the Kingdom to work or engage in business, simply by doing visa runs from time to time.

With the crackdown, Thailand’s immigration authorities seek to encourage illegal overstaying by implementing blacklisting and deportation. The rules are as follows:

• Foreigners who overstay for more than a year but less than 3 years will be blacklisted for 3 years.

• Overstaying of more than 3 years but less than 5 years will be punishable by deportation and blacklisting for 5 years.

• Overstaying of 5 years or more is punishable by deportation and blacklisting for 10 years.

It’s high time to think about entering Thailand legally by applying for the appropriate visas. There are specific visas for business, tourist, retirement and student purposes. Find out more about those visas here.

Want more articles like this? Check our Blog site

Two Situations that a Legal Advisor Could be Handy in Thailand

Bringing Your Employees to Thailand