What the New Constitution Draft Means For The Thai People

What the New Constitution Draft Means For The Thai People 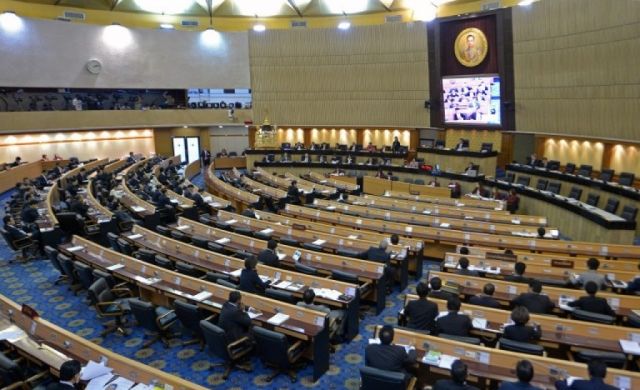 In early November last year, the Constitution Drafting Committee (CDC), tasked with the drafting of a new constitution for Thailand held its first meeting right after the Chairman of the National Reform Council (NRC) signed the appointment letters of all the 36 chosen CDC members.

According to General Lertrat Ratanavanich, the CDC members visited different parts of the country and met with people, gathering as much public opinions as they can. The CDC members have also met with the different sectors including the National Council for Peace and Order (NCPO) and the cabinet to get their opinion on the new constitution draft.

Members of the CDC were chosen transparently and were given about five and a half months left to complete the drafting of the new Constitution. The selected CDC members come from various professional fields and the public will have no reason not to recognize or acknowledge the new constitution even without having to go through a referendum as the process would entail three months to complete and demand a budget of about 2 million baht. General Lertrat is confident that a public hearing is all the new constitution needs.

On January 12, the CDC started composing the charter article by article after some introduction to some major principles of the new political system. It has been agreed that CDC would open the drafting to the media except for some specific sections that are considered controversial and sensitive.

So far, the drafting process is highlighted by the design of a new political system in Thailand. The new constitution provides for mandatory election, although the NRC, NCPO and the CDC are still seeking for ways to ensure that civilian politicians will abide accordingly and not stray from their wishes.

The Deputy Prime Minister, Wisanu Krue-ngarm has recommended the establishment of a body of constitution experts that would help the government in the interpretation of the constitution provisions before a conflict arises. Under the new electoral system, CDC is asked by NRC to remove the party list system and decrease the number of parliament members. The new constitution also provides that the MPs, prime minister, and the cabinet should have a separate election. Under the new constitution, an Ethics Council was created to recruit ethical persons and appoint them into public posts. Similarly, a new court is to be established with the task of reviewing public spending.

Will the new Constitution draft finally bring Thailand the political stability that has been elusive to this country for a very long time.

Are You Planning to Work in Thailand in 2015?

Types of Law Firms in Thailand