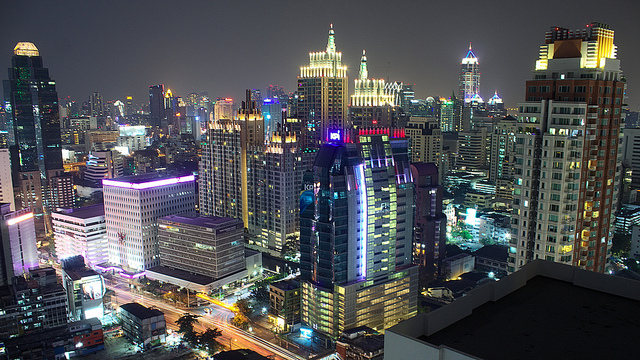 As the year 2015 begins, investors scout for countries where they can have opportunities to set up a business and succeed. The year 2015 also marks the implementation of AEC 2015 (ASEAN Economic Community) which will also signal the beginning of regional integration for the ten members of Association of Southeast Asian Nations (ASEAN) – Vietnam , Brunei, Thailand, Cambodia, Singapore, Indonesia, the Philippines, Laos, Myanmar  and Malaysia.

AEC 2015 is deemed to open more regional cooperation and improve the scale of efficiencies, competitiveness and dynamism of ASEAN members. It is expected to enable easier movement of services, capital, human resources, investment, and goods. In addition, AEC 2015 is expected to offer new ways of coordinating supply chains or access to new markets for established products.

With these and more, would it be the right time for foreign or local investors to set up a business in Thailand?

Economists and business analysts would probably agree that despite some challenges, 2015 could be the perfect time to set up and operate a business in Thailand. The Thai government’s stimulus package, investment in infrastructure projects, and speedy disbursement, if implemented according to plans should help boost the attractiveness of the country’s business environment.

Like many countries, Thailand has also taken some important steps in making it easier to a start a business in the Kingdom, including:

According to reports from the World Bank Group through the published Doing Business report 2015, Thailand had made some preparatory changes towards making business registration simple and fast in Thailand.

In terms of making Thailand attractive for business investors Thailand has effected some reforms in business taxation, including:

While there are still challenges businesses are sure to face in Thailand – political uncertainty  and slow economy, analysts and experts are confident that with the government’s promised investment in infrastructure development projects, it will have a “crowd-in” effect that will attract more private investors to Thailand.

Are You Planning to Work in Thailand in 2015?