For a marriage to be legal in Thailand, both parties should register their marriage in person with the local Thai Amphur or the Civil Registry Office. A lot of westerners come to visit Thailand and eventually marry Thai nationals. Both the westerner and the Thai national should present themselves at the Civil Registry Office to register their marriage. Otherwise, the marriage will not be considered legal and binding.

Despite the many stories that have circulated over the years about a foreign national marrying a Thai national and the complex dowries required for the marriage to push through and stories about such mixed race marriages ending in divorce after a few years, a lot of people still consider marrying in Thailand or marrying with a Thai national. Regardless of cultural and religious differences, mixed race couples are still willing to take the plunge in the beautiful kingdom of Thailand.

One reason could be the fact that divorce is legally allowed in Thailand. When the major cultural or religious differences become irreconcilable, married couples are given the legal option to part ways within the allowable framework of the laws in Thailand. Unlike in other countries in the region, like the Philippines, where to this day, divorce is not legally allowed, Thailand offers married couples of different culture, tradition and religion an easy escape to a deteriorating union.

Getting Married in Thailand

If you’re planning to get married in Thailand, you could also get some help from professional wedding planners who could help you with the requirements and could lead you to the right solicitor for legal advice and proceedings. 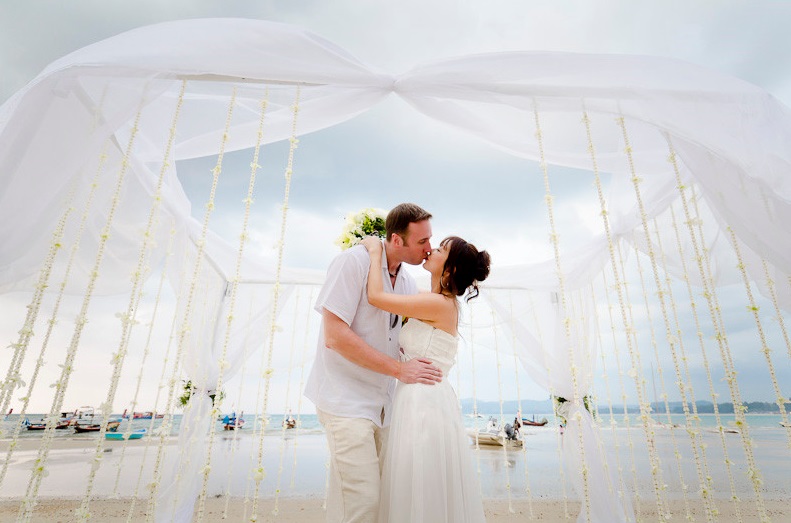 A male foreigner marrying a female Thai national may be required to pay a dowry or a “sin sot” to the family of the female Thai national. This is a common practice among poorer families who expect dowry to be paid before the marriage can take place. The amount of dowry will depend on the amount demanded by the parents of the female Thai national and it can be anything from 10,000 Baht to several millions. There are cases, however, when the dowry paid are returned to the foreigner after the wedding, after the foreigner has proven his ability and willingness to support his future wife. Unfortunately, there are also some cases where poor families take advantage of the tradition and use dowry as a way for the foreigner to support the living expenses of the Thai spouse’s family.

Divorce is legally allowed in Thailand. A divorce before the Amphur in Thailand requires mutual agreement to divorce from the spouses. There should also be an agreement on the division of marital or jointly owned assets, custody of children, if there are children involved, and in some cases, the amount of alimony to be paid. To supplement the divorce proceedings, some couples are wise enough to draft and sign prenuptial agreement which states the intentions of each party in the event of a divorce or dissolution of marriage.